I just like the fact that my title rhymes!

But honestly, it was exactly that, my experience in the bush.

A couple of weeks ago, my family and I headed out of Johannesburg into the luxurious wild. For the sake of the white (they are not really white but that’s a titbit for another day) rhinos, I will not be disclosing the location. We arrived there after about a 5 hour car journey and it looked like I was the only one visibly excited about seeing the Big 5. (The Big 5 are the lion, leopard, elephant, buffalo and the rhino.)

We had 4 game drives scheduled and I was in seventh heaven.

After the Saturday evening and Sunday morning drives, we had seen loads of birds, too many to count kudus, warthogs, impalas and 2 out of the Big 5; several lions and the rhinos. I was very happy to get within touching distance of the lions and about 2 car lengths away from the rhinos. (I will support in every way I can, conservation efforts towards making sure the rhino is not hunted into extinction.)

By the time we were into the 3rd of our scheduled 4 game drives, our designated guide and the tracker kept on interjecting after we saw any other animals that indeed, they had all 5 of the animals on the reserve. They were just proving very elusive. True, I would have been disappointed if we saw just 2 out of 5 but the experience of being in the bush, seeing animals next to me I would only otherwise see in cages and almost being able to touch the stars and constellations I had only read of in books more than made up for it.

By this time, It was just myself and one son on this drive. Our other two companions had ditched us to watch football. They said we wouldn’t see anything new and I was kind of wishing I could gloat when we got back to camp about something magnificent we saw.

This did not look like it was going to happen when all of a sudden, our guide yelled to us to hold on tight. And then, he drove like a mad man! We went flying through the bushes and barely-there tracks, dodging thorn bushes and low hanging branches leaving a massive wake of red dust in our trail.

We knew we were chasing after something but what it was, I did not know. I was quietly excited and as we raced through the trails in the reserve, it grew darker and darker. Headlights came on, the huge spotlight came out and we were still flying like we were in the qualifying for a Formula 1 race. And then all of a sudden we stopped. Eerie silence.

Then our guide whispered, ‘Adeola, look over there’. And I looked in the direction of his hand with the tracker’s spotlight following. There he/she was. It was a leopard! It was sleek, lithe, majestic and beautiful!! It stood long enough for me to capture the loveliest images and then it disappeared into the night. We followed it and caught a few more glimpses before it made itself one with the bushes and the night.

You should have seen the huge grin on my face as we left. I actually saw a leopard in the wild! It is one of the most beautiful sights ever. My hairs stood on end. And am I so glad that the leopard was what was at the end of my Ferrari Safari. It was more than worth it.

P.S. The males left behind watching TV tried to pretend it was no big deal but I caught them several times scrolling through my camera to look at the leopard over and over again. Oh, and their football team lost. 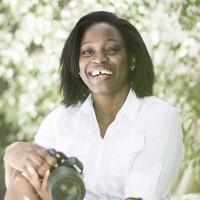 Author
DulcisPhotography I love simple. I don’t mean boring, lazy or dull; I speak of the beauty and pleasure that comes from seeing people and things in a special way. That’s what I strive to achieve the moment I pick up my camera and what I hope you will see and ultimately love.